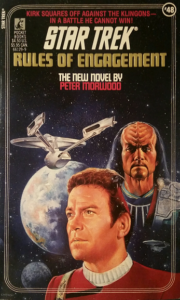 In 1984, John Ford wrote a book called The Final Reflection. It was an unprecedented glimpse of astounding depth into Klingon culture. Not even a month later, however, The Search for Spock hit the silver screen, and the next year, Marc Okrand’s Klingon Dictionary was published, and by their powers combined, The Final Reflection, despite being the only substantial exploration of Klingon lore over almost two decades, became instantly obsolete. Although The Next Generation nailed the coffin shut for good, some authors continued to carry the torch for Ford’s history, and trace elements of his version of events survived in the novels.

By 1990, the flame was nearly entirely extinguished. Then Peter Morwood wrote Rules of Engagement, in which against all odds that flame roars back to life. But as Fred Gwynne warns Dale Midkiff in Pet Sematary, sometimes dead is better. And in the case of John Ford’s take on Klingon history, that is sage advice indeed.

Don’t get me wrong: I love The Final Reflection. As an artifact of its time, it’s incredibly fascinating, though it’s also just a good read in general. But the more space that comes between its publication in May of 1984 and whatever current point we’re at in the books, the stranger it becomes to see bits of it sticking like spinach in the franchise’s teeth. Going by that analogy, Rules of Engagement looks kind of like this: 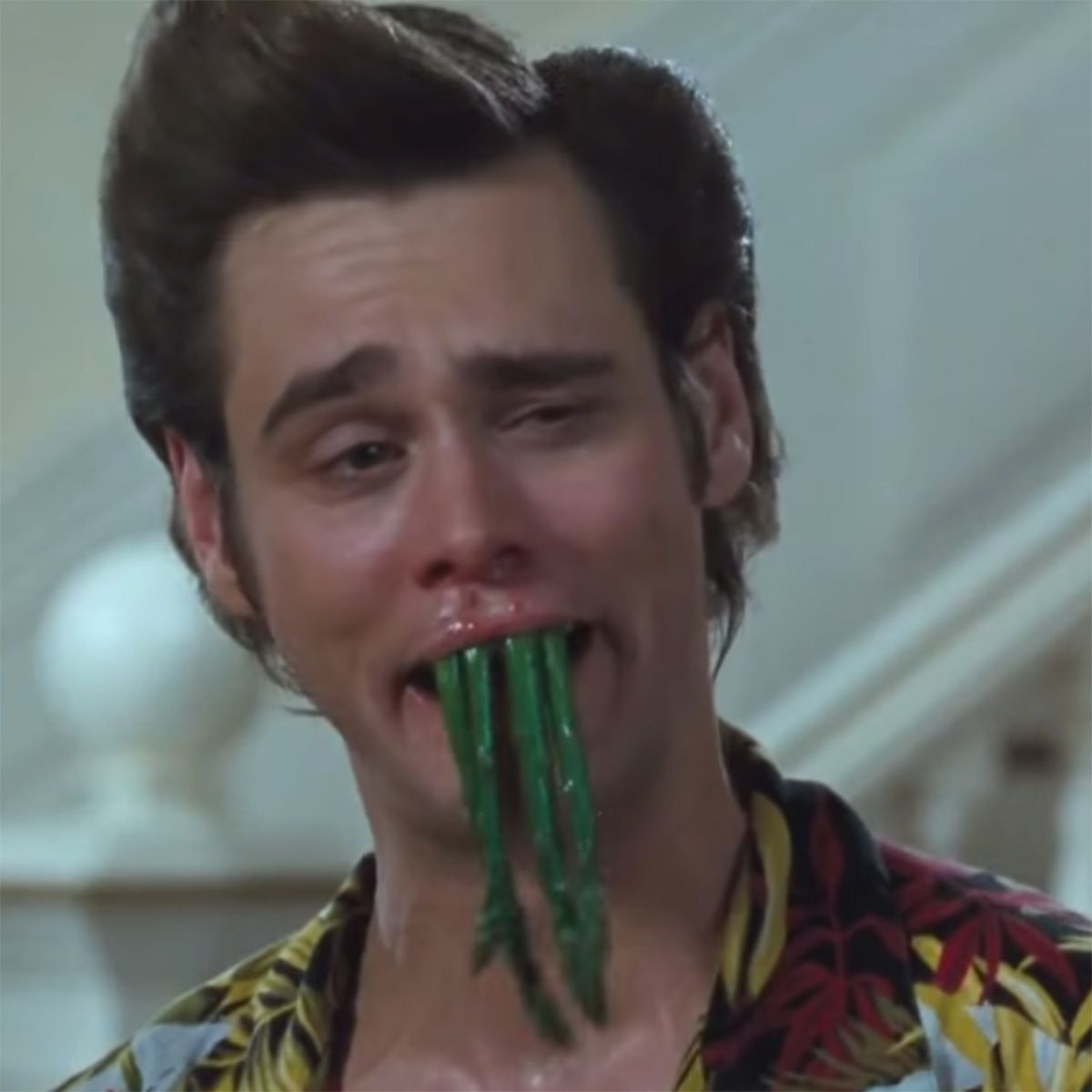 Morwood appears to believe these vastly divergent narratives can coexist peaceably, a belief it would be polite to call misguided. These reviews typically run between seven and nine paragraphs, so I’ll let the fact that I’m still hung up on this in paragraph four speak to the idea of how big a distraction this is. Thought Masters and klin zha and sutai-this and epetai-that and khest’n this and g’day’t that, it’s all well and good. It had its time, however brief that may have been. But even though Rules of Engagement is only six years removed from The Final Reflection, and I reviewed The Final Reflection barely less than a year ago, those already feel a lifetime away. When I bumped up against the word “Tlhinganaase” here, it wasn’t just bad, it was unnatural. Sometimes, dead is better.

That’s quite enough of that, though. Contrary to what this review may be leading you to believe, things did happen in this book. To wit: the Enterprise is dispatched to Dekkanar, where they are to act as an Uber for the Federation diplomats being forced to vacate the planet in the wake of a coup. As per General Order Twelve, which defines the titular rules of engagement, they must not under any circumstances raise their shields or fire any weapons, lest they provoke an interstellar incident and jeopardize the lives of the diplomats and/or their five-star rating.

The Dekkani prove a minor early nuisance by rushing the Enterprise with their pea shooters, but they’re quickly forgotten in favor of the book’s true central threat, a rogue Klingon named Kasak. Kasak actually has a pretty well-developed backstory. He has about as cushy a gig as a disgraced Klingon can manage. Scapegoated after the tribble incident, he gradually earned back enough goodwill to get a gig commanding first flights of new ships—a backhanded compliment of sorts, but preferable to just about any other conceivable alternative. But while things are going about as well as they can for him, Kasak would nevertheless like to speed up his ascent back to the top, and he believes, like many a Klingon, that the fastest way to ensure a hasty rehabilitation is to take out Kirk and the Enterprise.

To that end, he’s awarded himself the most plum assignment of all by stealing an experimental new K’ting’a-class battle cruiser, the Hakkarl1the name of which bears an uncomfortable resemblance to a certain NSFW slang term. This cruiser is controlled remotely from a scout ship, allowing it to allocate previously necessary resources like artificial gravity and life support to offense and defense, making it (in theory) an unbeatable war machine. Concerns are raised by multiple characters on both sides about it befalling the same fate as the M-5, which may or may not have some merit to them. It also wouldn’t be a book about Klingons if there weren’t the usual traitors and spies lurking in the shadows, though any such developments are eventually swallowed by the revenge monster.

If you like staredowns, then boy howdy, is this the book for you. Bound by the Organian Treaty and the eponymous rules of engagement, there’s not much either party can do short of one of them deciding to make a move that could touch off a war or make the Organians come a-knockin’. On paper, I suppose there’s something to be said for the idea of keeping Kirk in check by having dual diplomatic entities breathing down his neck, but in practice it just quashes the ingenuity under pressure you know he could be tapping into.

With Peter Morwood at the helm, you might expect the book to have some of that good old-fashioned Diane Duane flavor, seeing as she’s his husband and they’ve worked together before and all. And there is some: the book features a few of the customary get-togethers on the recreation deck, and most of the familiar OC faces appear. Naraht, as the Duaneverse’s resident non-hominid multitool, gets his usual role in a big late-story move. But it’s not as pervasive as the Ford Klingon stuff. It’s not a big deal; I just figured he’d borrow a little more from her playbook.

But as I’ve made more than abundantly clear here, there’s one playbook Rules of Engagement draws most heavily from, and it’s not his wife’s. In a weird way, it’s kind of saved by all the Ford stuff, as without that constantly driving the reader to distraction, this would be a really boring story. Klingon political intrigue just isn’t my jam. Believe me, I’ve tried. I’ve almost finished my rewatch of Next Generation and those plot lines just don’t move my needle at all. But, as ever, there’s always the next book.

For the first time since I started this feature, no one really stood out enough one way or the other for me to declare this award. This book is very committed to walking a clear middle-of-the-road line. This could very well be the Mendoza line of Star Trek novels.

I give Rules of Engagement 2.5 out of 5 automated Klingon battle cruisers. John Ford’s original takes on Klingons were once fresh and exciting, but quickly ran up against canon-induced obsolescence, and it’s just too weird now for a whole book to take those ideas and run so freely with them. Still, it gave me something to chew on amid subject matter I get easily bored with. Though there’s lots of cool exposition and it’s never outright bad, the whole thing just kind of falls flat.

NEXT TIME: Data learns to be careful what he wishes for when he undergoes a life-changing Metamorphosis