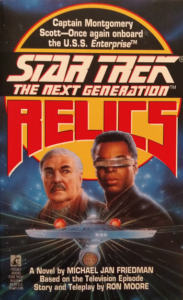 This week, when the Enterprise investigates a ship that crashed on a Dyson sphere, they find a heck of a prize in an old cereal box. But before they have time to help him come to terms with outliving his usefulness, the sphere pulls the Enterprise in, and suddenly, they need his help to make it go from suck to blow. Meanwhile, some lower-decks action pads out the page count and takes some heat off of the senior staff. Will Scotty respond well to therapy? How badly would Picard flip out about food on the bridge? And how does Dr. Crusher really feel about Scotty? All this and more in Relics, the book that’s very proud of its en dashes.

END_OF_DOCUMENT_TOKEN_TO_BE_REPLACED 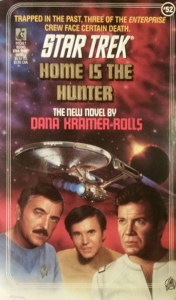 This week, Kirk squares off with Totally-Not-Q, who banishes three of his officers to tumultuous moments in Earth’s past. While he learns how to play nice with the Klingons and work out the god-alien’s inscrutable morality, his missing crewmen struggle to reconcile their desire to return to their own time with the obligations they’ve committed to in their new surroundings. What’s a ghargh? Is Kirk always this whiny? Why don’t children ever just listen? It’s the book with a special appearance by John Larroquette!

END_OF_DOCUMENT_TOKEN_TO_BE_REPLACED 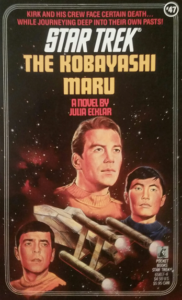 This week, when most of the senior officers wait in a busted shuttlecraft for the sweet embrace of death, they decide to pass the time by telling tales out of school. Kirk can’t accept failure, Chekov goes lone wolf, Sulu deals with a death in the family, and Scotty stays spectacularly on brand. How much does it cost to build a starship? What counts as a “young” death in the Trek universe? Would anyone really waste that much paper in the 23rd century? It’s the book that passes with flying colors.

END_OF_DOCUMENT_TOKEN_TO_BE_REPLACED 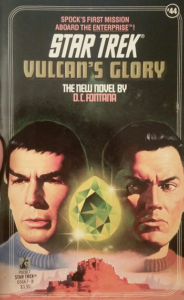