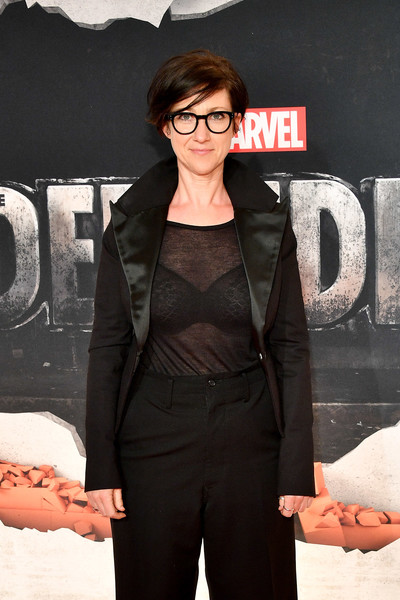 I’m aware this is supposed to be the space where I talk about non-Trek culture, but I don’t know where or when else it will be relevant to revel in my delight that a woman, S.J. Clarkson, will direct the fourth Kelvin-timeline Trek film. Television and film Trek‘s track record of hiring female directors is, not to put too fine a point on it, abysmal: only six women have directed 35 episodes across all six live-action series, and Clarkson is the first female Trek film director period. But in the novelverse, as we know, it’s a different story. So far, the overwhelming majority of the books I’ve covered on this site have been written by women, and of the handful written by men, only one wasn’t hot garbage. As a matter of fact, thanks to doing Deep Space Spines, the majority of the books I’ve read in the last six months were written by women, and the influence is affecting my non-Trek reading as well. We all know women can do just fine with big-budget tentpole genre films, so I’m looking forward to seeing what Clarkson does with the franchise with her turn in the chair. (Now to actually get around to watching Beyond…)

Having been obliquely reminded of it by the Kirk/Spock friendship, I took a moment to take in C.S. Lewis’s The Four Loves, curious if there was anything in it that might enrich my understanding of their dynamic. While it wasn’t as instructive in that regard as I might have hoped, I enjoyed it and I’m glad I read it. Though a quick read, it’s also a dense one, as Lewis expounds on the four types of love as he sees it: storge (affection), philia (friendship), eros (erotic love), and agape (unconditional love). As a late work of Lewis’s (published in 1960, three years before his death, from radio talks given in 1958), it presupposes that you have Christian beliefs, and there are some parts that haven’t held up so great—he’s pretty adamant that men and women can’t sustain platonic friendship, and while it’s hardly a stretch to imagine that being the case for the mores of his particular time and place, just about everyone today is liable to find that simply bizarre—but I think it holds some value for the modern non-believer. Though this passage leads me to believe Lewis would most likely have a low opinion of slash fic (even setting aside considerations of morality).

Progress on Mario Odyssey continues apace. Last time, I expressed the hope that I would have half the Power Moons in the game by the time the next update posted, and I achieved almost exactly that. As of this writing, I’m sitting at 502 out of 999 moons. I’ve beaten the game once, and now I’m going back through collecting moons I missed, moons that are available now that the game’s been beaten, purple coins I didn’t find, and costumes I haven’t purchased. I didn’t expect that a Mario game would take up the bulk of the two months or so I have with my brother’s Switch, but Odyssey‘s scope is pretty astounding. I’m grateful for the opportunity to have experienced this wonderful game, though sad that I’ll never again see some of the things in it for the first time. 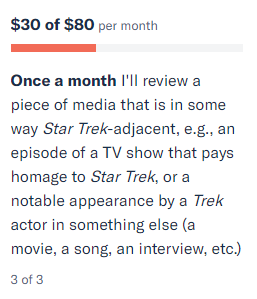 One last thing before wrapping up this week’s edition of Shore Leave: having met the first goal, I’ve put up an $80 goal beyond the $50 level (because I don’t want to be caught without something else lined up if I can help it). I’m already reviewing certain works and drafting articles about them in anticipation of reaching it. You—yes, you!—can help by donating to the Deep Space Spines Patreon (links below, over on the right sidebar, and right here). All I ask for is $1 a month, which can actually achieve a lot for the site, as you can see in the italicized wrap-up below.

And that’s it for this fortnightly installment of Shore Leave. See y’all again in two weeks.