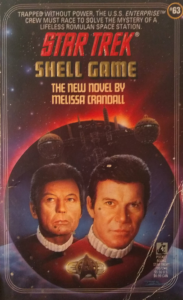 This week, the Romulans decide to build their own Terok Nor—with blackjack, and hookers—but when they can’t stand the (lack of) heat, they find themselves forced out of the kitchen. When the Enterprise investigates the drifting station, they find themselves getting the same cold shoulder. Now they have to find the thing going bump in the night, and Scotty’s goofy ghost stories aren’t helping. Does Walter Koenig have dirt on the L.A. Graf ladies? What does a Romulan dildo look like? And whatever happened to sonic showers? All this and more in Shell Game, the book that will never know the joy of a Coney Island footlong.

END_OF_DOCUMENT_TOKEN_TO_BE_REPLACED 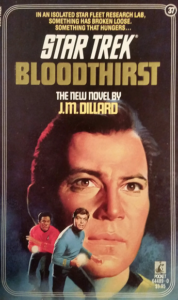