(This is really late, I know. Christmas and all. Sorry to anyone who was invested in it!)

Picking up immediately where the previous mission left off, it’s clear right off the bat we’re not in Kansas anymore. Geometric shapes stand out against a dense star field, and a giant three-eyed head of lettuce presides over the group. This is it: the final test. 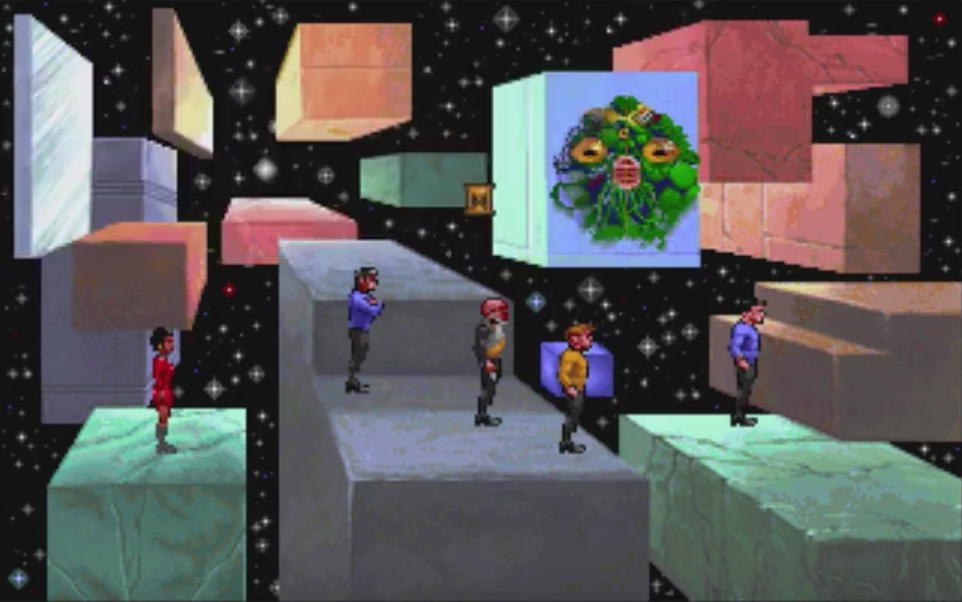 Over the next four screens, you will endure the Brassicans’ final gauntlet: a battery of philosophical quandaries for which, despite their open-endedness, a clear “right” answer is expected. For each question, one of the party must offer him- or herself as the answer. When the answer is processed, that crew member is teleported away, and the remaining participants move forward. Successful completion will result in first contact and the formal establishment of diplomatic relations with a very advanced, albeit painfully shy species. Failure will mean… well, it’d be best not to find that out.

“Yet There Is Method In It” is by far the shortest mission, though also the most surreal and discomfiting. Knowing it’s all a sophisticated projection doesn’t make it any less so. Even the final area isn’t much of a sight for sore eyes: an angular Day-Glo vista that could have been ripped straight from an episode of The Animated Series. 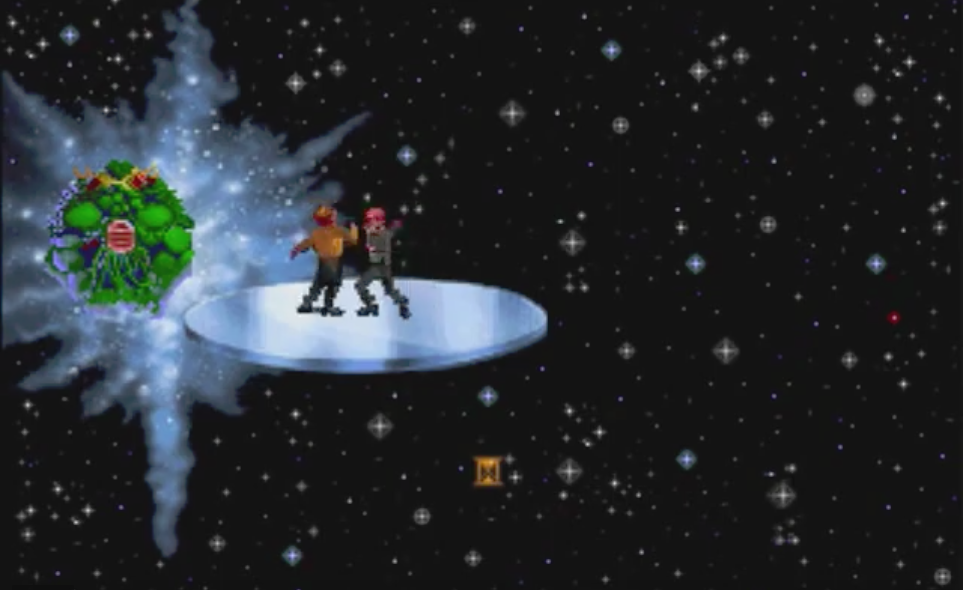 This final mission represents a satisfying culmination to the game-spanning major arc. Even at the time, almost everything ever released regarding TOS was highly episodic in nature, and there were virtually no serialized elements to speak of, except for the movies (II–IV) and a handful of the books. Judgment Rites would have stood out even for just attempting the arc, but the fact that it did it so well makes it truly stand out and gives it prime real estate in my heart to this day. 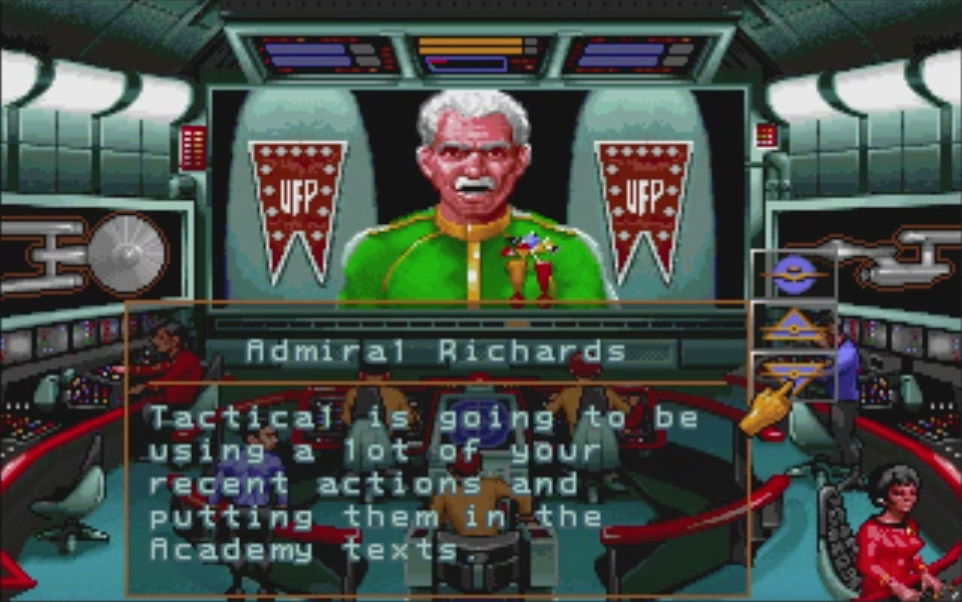 All in a day’s work

No MVP or LVP for this one. It’s too short for anyone to really make waves one way or the other, and everyone is on point in this one anyway, so no awards for this one.

I give Star Trek: Judgment Rites 5 out of 5 commendation points. This was the thing that got me into the original series, hook, line, and sinker. It’s such a huge achievement. It’s leaps and bounds ahead of the game that preceded it, and even that game is pretty solid. It’s a masterwork of storytelling, and proof that video games can be a powerful vehicle for story when wielded properly (though they so distressingly often are not). If you’ve never played Judgment Rites or 25th Anniversary, you owe it to yourself, if you’re a Star Trek fan, to check them out.1We’ll cover Star Trek: 25th Anniversary someday, when I have a better handle on how to stay on top of these extra features. They remain available on Steam and GOG to this day (though you may need to go the abandonware route if you want the non-talkie version), and they’re a rich piece of non-canon Trek history.