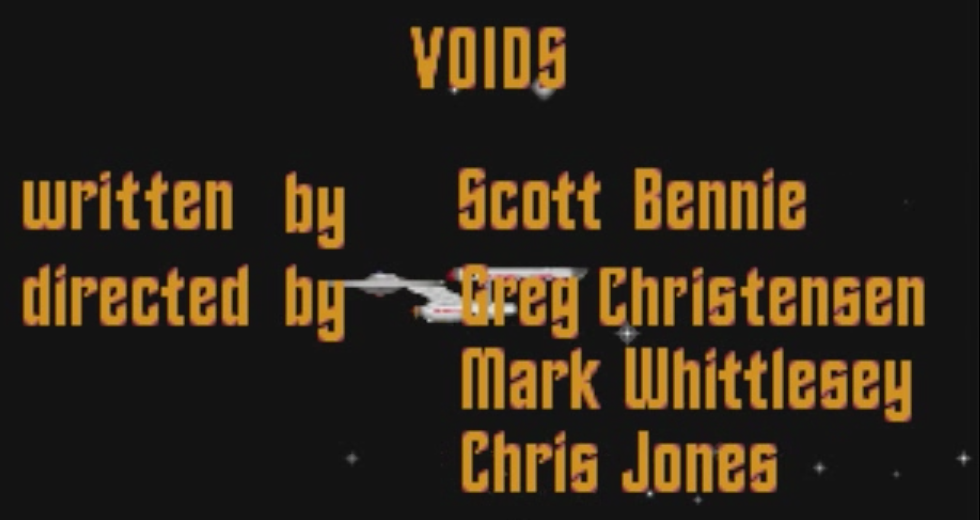 The Enterprise is redirected by Admiral Richards to study the Antares Rift, a highly unstable part of space. Everyone who has previously attempted to survey the Rift has disappeared without a trace. So yes, let’s send the finest ship into the fleet right smack dab into the middle of it. Seems legit!

The pre-rendered video clips of the Enterprise getting its face rearranged by the storms in the rift look really sharp, but they’re no joke. The crew quickly finds their ship crippled and most vital systems knocked out or degrading rapidly. Spock gets the transporters working and volunteers to transport to auxiliary control to get the sensors back online, but in the process, something goes horribly awry, and a pale four-armed squid alien appears briefly on the bridge before blinking out of existence as rapidly as it appeared. It’s unclear at first whether Spock turned into that thing or was replaced by it, but Transporter Chief Kyle manages to jury-rig the turbolift without any more crew members going AWOL, so you’re at least not confined to the bridge any more. 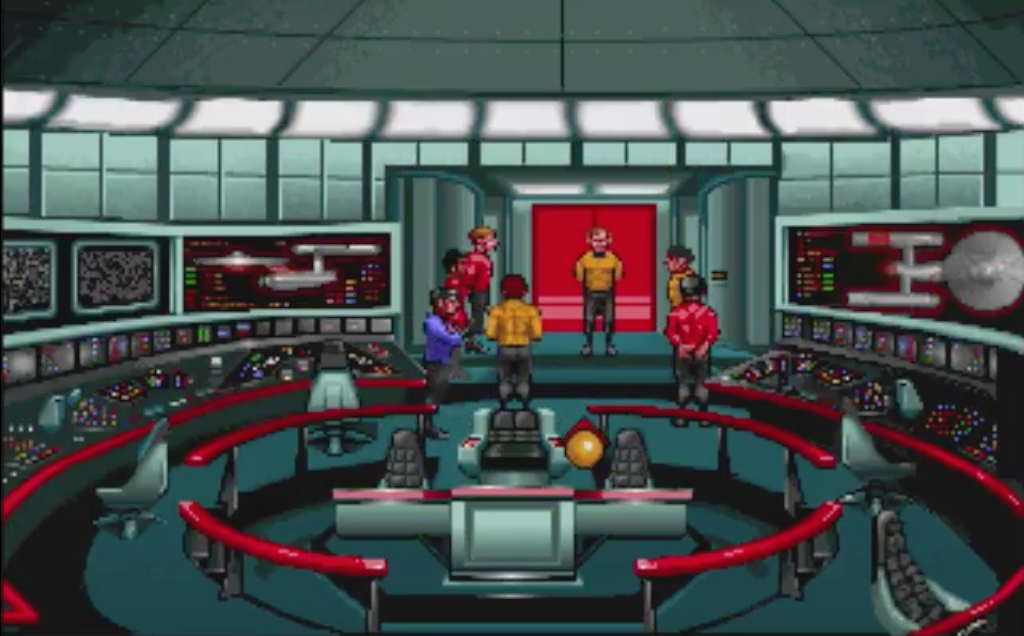 The top priority is gaining control of the sensors. After getting booted from Auxiliary Control by the mysterious alien, Kirk phasers a tiny hole in the door so Chekov can get a medical scan through the barriers the alien has set up, and McCoy creates a gas that incapacitate her without harming her. With the four-armed squid woman beating a hasty retreat, Kirk is able to trace Spock’s whereabouts and beam through to the dimension he’s been taken to, where they find him suffering under the crushing weight of happiness at the hands of a creature called the Savant, a creature who has suppressed its own negative emotions in rocks and lives in a constant state of joy, picking up psionically adept creatures to share in his joy when they cruise through his neighborhood. Kirk has to persuade the Savant to release his hold on Spock and let them all leave the Antares Rift intact.

“Voids” is hands down the toughest mission in the game, in that it’s the only one I’ve never scored 100 percent on.1Though I can just copy what YouTube user Kentrurox does in this run if I ever feel so inclined. There are a lot of steps that are easy to skip, choices that seem sensible but are the “wrong” ones (e.g., having to choose between boosting sensors or shields), things that add to your score that aren’t necessarily intuitive (using each of the stones on all the others), and things that several walkthroughs emphasize as vital to receiving the top score that actually don’t appear to matter all that much (using the medkit on Spock to put him to sleep). 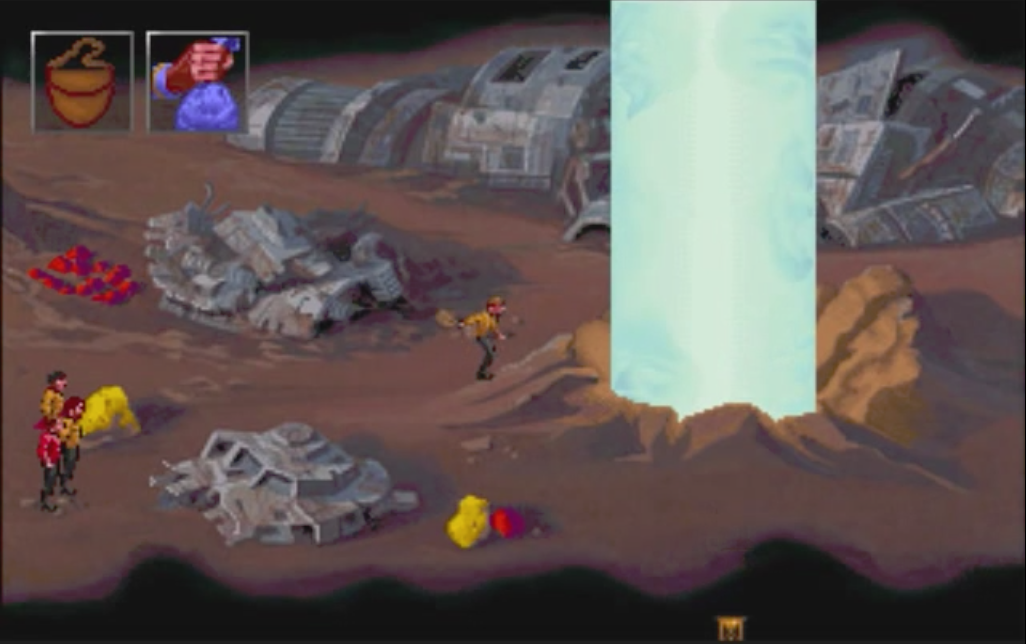 Giving the Savant a (bag of) bitter pill(s)

Overall, “Voids” is good, but a little shoddily constructed compared to the others. Also, I don’t quite get the same thrill from it that I get from almost all the other missions. It also has a number of technical miscues and bum line reads, though George Takei and Leonard Nimoy in particular really give it their all, Takei especially when Sulu interacts with the stones and Nimoy when Spock is gripped by the Savant’s relentless infusion of emotion. But I have kind of an emotional detachment from “Voids” that I don’t have from any other mission, and I actually do think it’s because it’s the only one I never aced. Maybe after this ill-advised extra writing load is over, I’ll sit down with Judgment Rites once more and get cozy with this mission.

NEXT TIME: Bottoms up, down the hatch goes “Museum Piece”