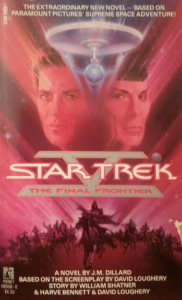 Yesterday marked the celebration of Thanksgiving in America, and what better way to commemorate the occasion than to review the Star Trek film that features an unexpected family reunion? Spock’s half-brother abruptly shows up, and already he’s asking to borrow the car. It’s kind of a hoopty, but he’s on a mission from God, or so he says. Sybok’s campaign of feeling everyone’s pain is getting a lot of votes, and Kirk has to find a way to secure his incumbency before Sybok makes it to the center of the galaxy and rolls out his popular God-meeting agenda. It’s the week where I learned to stop worrying and love everyone’s least favorite Star Trek film. Will my credibility ever recover? I’d have to have some first!

At last we arrive at the infamous fifth Star Trek film, The Final Frontier. Conventional wisdom has long held that one should watch the even-numbered TOS movies and skip the odd-numbered installments, and this movie is very likely what people are thinking of when they make the latter half of that assessment. This is J.M. Dillard’s first assignment on movie/event duty, and depending on your point of view, you may be inclined to think she got saddled with a turd. I don’t think it’s quite as bad as all that, but we’ll get to that.

First, a quick recap, in case you’ve forgotten the film or blocked it out of your memory: a Vulcan named Sybok recruits several natives of the hell-blasted planet Nimbus III, the “Planet of Galactic Peace”, for his Galactic Army of Light, and with their help kidnaps the planet’s three ambassadors in a gambit to get the ambassadors’ respective governments to bring out their big guns to rescue them. The Federation enlists the Enterprise, which is barely limping along and working with less than a skeleton crew, to respond. With the transporters inactive, they attempt to fly down in a shuttle and sneak the ambassadors out, but they are captured by Sybok, who announces his plans to steal the Enterprise to achieve his lofty goals. Aboard the Enterprise, they have a chance to stop him, but Spock freezes up, revealing only after severely cheesing off Kirk by disobeying a direct order that Sybok is his half-brother. Sybok hijacks the Enterprise, gains mind control of everyone except the power trio, and sets the controls for the heart of the universe, where he has reason to believe God resides. With no choice to but to watch from the sidelines, Kirk prepares to penetrate the barrier at the center of the galaxy and see if the rumors Sybok is chasing will pan out.

So, I have a theory. It’s a little half-baked, but hear me out. Starting from The Search for Spock, each film novelization has contained an amount of supplemental material that is roughly commensurate with its respective film’s “fullness” as a film. What I mean is—okay, so like, The Search for Spock: pretty slight movie, to be honest. Its novelization, accordingly, features a ton of extra stuff (nothing from the actual movie happens until eighty pages in). The Voyage Home: a more complete cinematic experience, and as such, its corresponding novel contains almost no additional lore or character-building. This is how I make sense of The Final Frontier falling somewhere in the middle. It doesn’t have to carry the baggage of bridging two ends of a de facto trilogy, but it’s also indisputably not as good as The Voyage Home, so it needs a little bonus material to help sand down the rough edges.

To that end, J.M. Dillard’s take on the fifth TOS film begins with a prologue that sheds light on Sybok’s childhood. The kolinahru strip his mother T’Rea of her High Master status for embracing emotion and promoting the use of forbidden techniques. They allow her to remain on Gol—mostly to spare themselves any potential embarrassment that would stem from her going public—but train her talented son themselves to help him learn to control his prodigious but dangerous mental gifts. T’Rea teaches Sybok the pain-sharing mind meld he uses throughout the film to win people to his cause, as well as the location of Sha Ka Ree.

It’s not always clear in the film, the true extent of Sybok’s villainy. Although he commandeers the Enterprise and uses the mind-meld technique for purposes of coercion (the latter well established as an extremely heinous crime in Vulcan culture), on balance he mostly seems rather gung-ho about a venture that appears at best incredibly misguided. Dillard, however, draws the line in no uncertain terms. In particular, Sybok’s violation of an elderly fellow Watcher’s mental shields to learn the location of his mother’s essence (vrekatra) in the Hall of Ancient Thought represents the crossing of an unforgivable event horizon. Many of Sybok’s actions in the book are attributed to a desire to honor and carry on the wishes of his mother, and their relationship is practically one kiss away from full-on Oedipal. 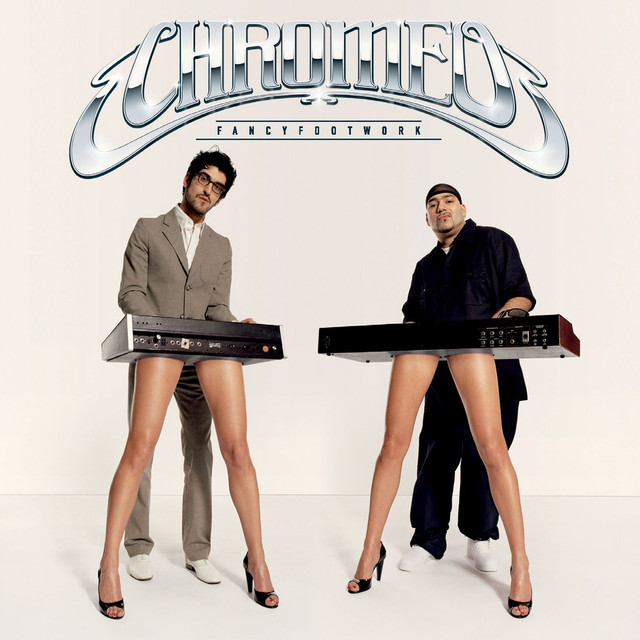 The other major way Dillard expands on the source material is by giving a few mind-meld scenes to characters that didn’t get one in the movie. Final Frontier‘s most powerful scene is Sybok’s meld with Dr. McCoy, wherein McCoy relives his excruciating decision to discontinue his father’s life support. That Dillard gives Sulu a nearly equally moving scene built off of prior non-canon history is an impressive feat. The scene offers a peek into his childhood on Ganjitsu, the pirate-ravaged border planet created by Vonda McIntyre. Scotty also gets one of these, confronting his guilt about his nephew Peter Preston’s death in Wrath of Khan, which is nice, since it gives him something better to do than bonk his head on a girder and complain endlessly about what a piece of junk the Enterprise-A is.

Elsewhere, most of the side characters feel a lot more fully realized here than in the film, especially the three Nimbus ambassadors, who seem to share a lot more interpersonal growth, and the Klingon crew. If nothing else, they at least made a longer-lasting imprint on my memory. Klaa’s credentials as a captain are better outlined here, and the internal drama of the Klingon ship is at least as interesting as the similar situation on Kruge’s ship in The Search for Spock. There isn’t a treasure trove of bonus lore, exactly, and outside of the expanded material, which is pretty much the $64,000 question with regard to any movie novelization, it’s a pretty rote retelling. ut there’s enough to make all the pieces fit together a little better. If you’ve long been sour on The Shat’s turn in the director’s chair, I’d recommend giving at least the book one more appraisal. It won’t make you like it any more, in all probability, but with the supplemental boost, you may at least better appreciate what it was going for.

I give Star Trek V: The Final Frontier 3.5 out of 5 pain-sharing mind melds. I was expecting a book that threatened to collapse under the burden of having to polish a turd, but it turned out I found the movie inoffensive at worst, and so the book was free to build on the movie in the ways that novelizations are wont to do, and which are always sufficiently entertaining for my tastes. Your mileage, obviously, may vary. Personally, I don’t know that I’d be prepared to call it a bad film. Now, the least-good TOS film? Fine, I’d entertain that argument. But even the worst Trek movies typically breed decent books, and this one I feel is no exception.

And in the case of John Vornholt’s Masks, literally as well.