While surveying Balkos III, the USS Demeter is subjected to an incredibly powerful scan—an occurrence you don’t generally expect from a species still in its stone age. Feeling uncomfortably exposed, Commander Gellman retreats and tags in the Enterprise, and the standard Kirk/Spock/Bones trio beams down to the site from which the scan originated.

“Sentinel” doesn’t have the tension and urgency of “Federation”, but it more than makes up for it in spooky atmosphere. Aside from the occasional neanderthal visitor looking for his daily ration, the complex you beam into is otherwise totally abandoned, and your ability to gather information is hamstrung by the force fields that blanket almost every machine in sight. Soon, through the judicious combination of several raw materials left lying around, you’re able to make badges that can open doors without having to make Spock do it and that deactivate a handful of other key force fields. Completing a fairly basic logic puzzle drops the remaining shields, and that’s when you’re really able to explore, take stock, and get down to the nitty-gritty of what’s truly going on on this planet, which in a nutshell is:

The Balkosi are getting gassed in their faces during dinner with a cloud of pheromones that makes them exhibit hyper-aggressive tendencies. This heightened aggression is very likely, though not necessarily guaranteed, to cause them to fight themselves into extinction. Elsewhere in the complex, you find a machine housing extremely advanced projection and screening technology, as well as an archive of data and knowledge that represents an unprecedented find for the Federation. Shutting down that machine will stop the release of pheromones into Balkos III’s atmosphere at the cost of erasing the archive. Essentially, you have two clear-cut choices: keep the data and doom the Balkosi to rage-fueled extinction, or relinquish your amazing discovery in order to give them a shot at a normal, healthy development. 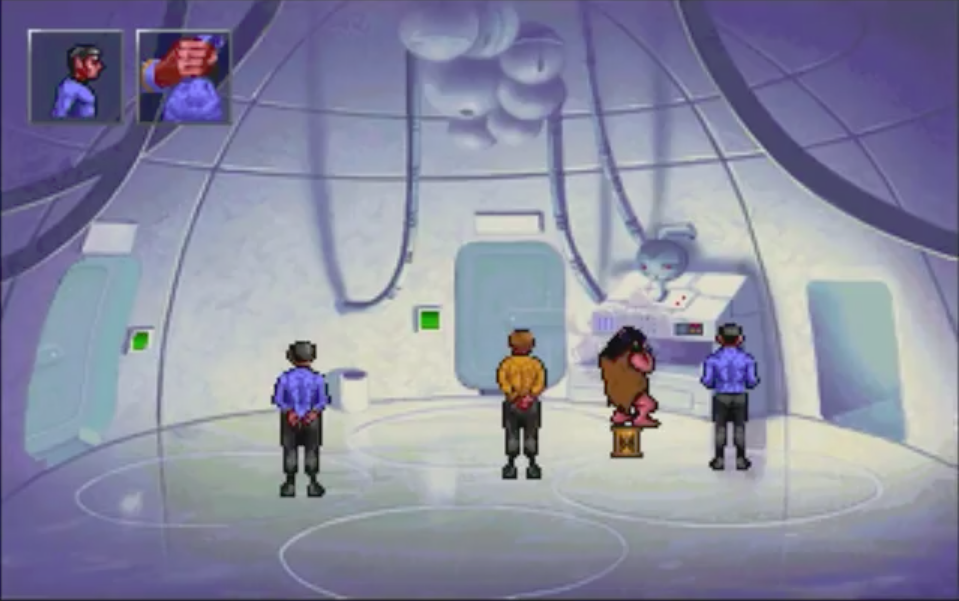 A Balkosian gets a face full of pheromones while eating

“Sentinel” would in all likelihood make for a pretty boring hour of television. It’d just be Spock and McCoy summarizing tricorder readings and teasing out the implications of what limited information they can glean from the various machines. There’s not much room to build momentum or keep things breezy, although Spock and Bones get some solid digs in on each other late in the episode. (The pheromones slightly heighten your aggression as well, though it manifests as passive-aggressiveness rather than coming to blows.) 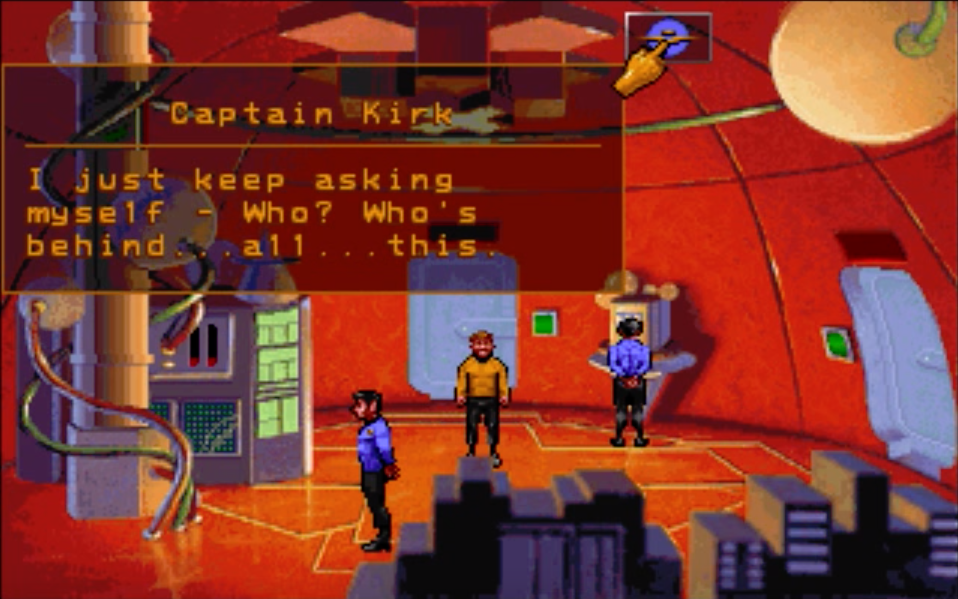 I can guarantee that however you would think this line would be read, that’s not how Shatner reads it

As a mission in a video game, it at least has the interactive element going for it to keep you busy. And were it a standalone episode, its lack of excitement and comparatively low stakes could arguably be held against it. But “Sentinel” is in fact the first segment of the major ongoing story arc of Judgment Rites. At the end of the mission, a message transmitted from the planet to the Enterprise reads: SUBJECT SUITABLE — TESTING CONTINUES. What exactly said testing entails comes into sharper focus as the game unfolds, and if you just trust “Sentinel”, its strengths and purpose in the grand scheme will become apparent in hindsight. Not everything has to make sense right now. All in good time, cadet.

NEXT TIME: Trelane plays war games in “No Man’s Land”