This fortnight’s big non-Trek read was Severance by Ling Ma, which infuses the apocalypse with a significant helping of millennial weltschmerz. In an alternate-continuity 2011, a dangerous fungal infection makes its way across the continents, causing nearly the entire world’s population to fall ill. The infected victims, known as the “fevered”, seem to perform mundane tasks over and over. Candace Chen, a young woman who works for a print supplier arranging printings of specialty Bibles, never becomes fevered, and just kind of hangs out in New York City continuing her routine until doing so becomes entirely untenable. I’ll grant this is a pretty reductive take, but it’s kind of like The Road, except if that book had gradually turned into The Handmaid’s Tale, and also had a lot to say about capitalism.

Severance is one of those books I consider really good, yet I still have a lot of problems with it. It’s very slight—could have easily stood to be at least a hundred pages longer. Most of the parts about Bible printing and Candace’s upbringing described such specialized events in such fine detail that I often more like a voyeur than a reader. The book is weighted more in favor of the events leading up to Candace leaving New York than those of the present, and while I’m a fan of world-building and backstory, I personally think it would have been better had that emphasis been reversed. Also, it’s implied on a couple of blink-and-you-miss-them occasions that it’s nostalgia that triggers the fevering, a really fascinating conceit that isn’t explored at nearly enough depth.

Nevertheless, despite the above criticisms, it is without question the most arresting book I have read so far this year, with pound for pound the most “Oh. I like that” passages of anything else I’ve read, and I highly recommend it. 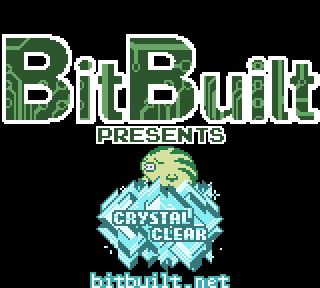 I like a high-quality ROM hack as much as anyone, and the one that’s got my attention of late is Pokémon Crystal Clear. If you want the elevator pitch, it’s more or less Pokémon Crystal re-imagined as an open-world experience that allows you to tackle all sixteen gyms in any order and features several tweaks to ensure immediate access to the entirety of both regions. (A more comprehensive list of quality-of-life enhancements can be found here.) Having the ability to go anywhere you want without roadblocks is incredibly liberating, but it also kind of makes me appreciate the structure of the more properly sequenced official games.1It also creates in me a tendency to not fully explore most towns, which results in a lot of backtracking when I catch some nugget of information somewhere and realize I missed something really important, like an HM or a highly beneficial NPC. I started with a Houndour and am doing decently enough, but I’m thinking about restarting, choosing Tyrogue, and going after Whitney first, if only to allay the dread I’m feeling about fighting her too late.

Of course, once people started showing it off on YouTube, it had to be mostly scrubbed from the internet, because people can never keep a good thing under their hats and seem to have not learned that if you find a project in development fascinating, you should resist the urge to flaunt it in highly visible places like YouTube where bigwigs can easily find out about it and have it shut down. However, as of this writing, there’s still at least one place where you can reliably procure it, if you’re sufficiently curious. It is worth your time, I’d say, though the usual cautions about revisiting a far less streamlined Pokémon experience do apply.