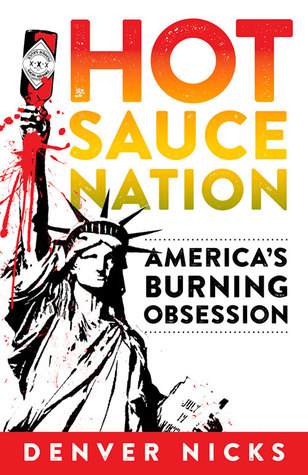 There aren’t many roads to my heart faster than spicy food. I’ve been a spice fiend since I was a teenager, and I managed to turn my nephew into one while he was still in diapers. So when I saw Hot Sauce Nation: America’s Burning Obsession reviewed on my local library’s website, I knew I’d get a thrill from it, and I wasn’t disappointed.

While almost anyone could probably connect the dots enough to build a thesis on the paradox that the pleasure of hot sauce derives from the pain it inflicts, Hot Sauce Nation goes deeper than that. Many of the hot sauces we as a heat-seeking nation enjoy today were borne of traditions of immigration, poverty, and racial strife (often all three at once). Therefore, a true appreciation of hot sauce all but requires a liberal outlook as well as an appreciation of diversity and what it’s given this country that it wouldn’t have otherwise. I didn’t expect a book about the history of hot sauce to show such strong compatibility with Star Trek philosophy, but I highly recommend it to advocates of such, particularly the Vulcan credo.

Of course, Philip Roth passed away recently, and so for my requisite “guilty I didn’t check out more of his work while he was alive” pick, I selected The Plot Against America, a book I was assigned in college many moons ago but did not actually ever read. In some ways, it makes for a better read now than it would have at the time of publication (2004). There are a lot of passages that will make your eyes bug out with how well they apply to elements of the current political climate. In my head, I lump Roth in with a vaguely defined group of authors I think of as “The Great White Males”—mostly dudes who wrote about their genitals a lot and had an inflated sense of their generation’s importance, like John Updike, Norman Mailer, Tom Wolfe (who also just recently died), etc., though I’ve generally felt his writing is a cut above that of those other guys. This book occasionally has some really tortured syntax, but I still think that’s the case.

The Plot Against America is an alternate history which posits what it might have been like, particularly for Jews, if Charles Lindbergh, an avowed anti-Semite, had won the presidency in 1940 rather than Franklin Roosevelt winning a third term. It’s a good book, right up until it’s not. That is to say, things get worse and worse and worse, until the moment they magically get better. Roth backs way down from the potential horror of his premise, and it becomes clear he was planning to do so from the start. From there, the narrative momentum of the book just crumbles. Up until then, however, it’s actually quite riveting and frightening. Mild recommend. 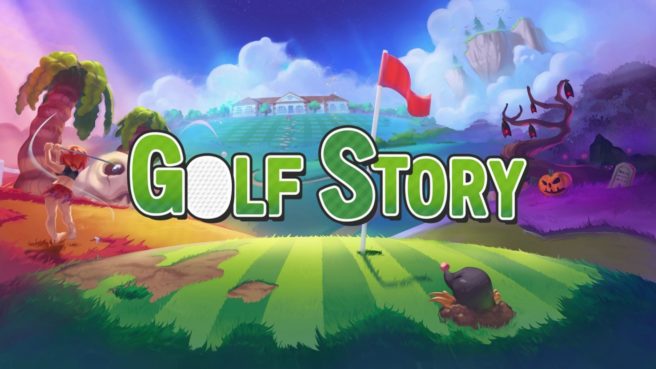 As a thank-you to my brother for letting me borrow his Switch, I downloaded Golf Story onto it, and though I probably won’t finish it before I have to give it back, it has reminded me how much I enjoy video game golf. I don’t know how selecting a club and choosing how hard I hit the ball and watching it sail is so relaxing, but it’s the perfect thing to help me wind down for about an hour after getting in from work. There are lots of fun little challenges, like one course where you have to reach the green using only the fairway, then only the rough, then only the deep rough, then only the bunkers. Other courses make you tackle certain environmental hazards head-on rather than avoid them, and you can tee up from literally anywhere you’re standing to take shots at other points of interest you find. There’s definitely a wide variety of experience, and it’s cute with a gentle sense of humor. I really wish it was on Steam, so I could pick it back up once I don’t have the Switch anymore, but alas.