So the Deep Space Spines project has been chugging along uninterrupted for almost six months now, and amazingly, I’ve managed to not miss a single week yet. If you’re reading it, I thank you from the bottom of my heart and I hope you’re enjoying it. Right now, the only things I post are the reviews, and with the exception of the very first post that laid out the site’s mission statement, there hasn’t been a whole lot of occasion or reason for posting meta/real-life things. Until yesterday!

On Monday, DSS received its first big infusion of outside patronage thanks to fan of the site and longtime personal friend Jeff Hibbert. The proprietor of a pizza place near him was clearing out his basement and selling Star Trek books for 50 cents apiece. He grabbed up everything that was in decent condition and found a box to put them in. But the box still had room when he was finished, so he filled it out with more Star Trek books he found at used bookstores around his area. 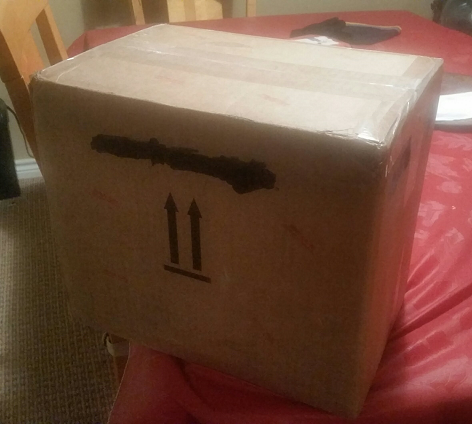 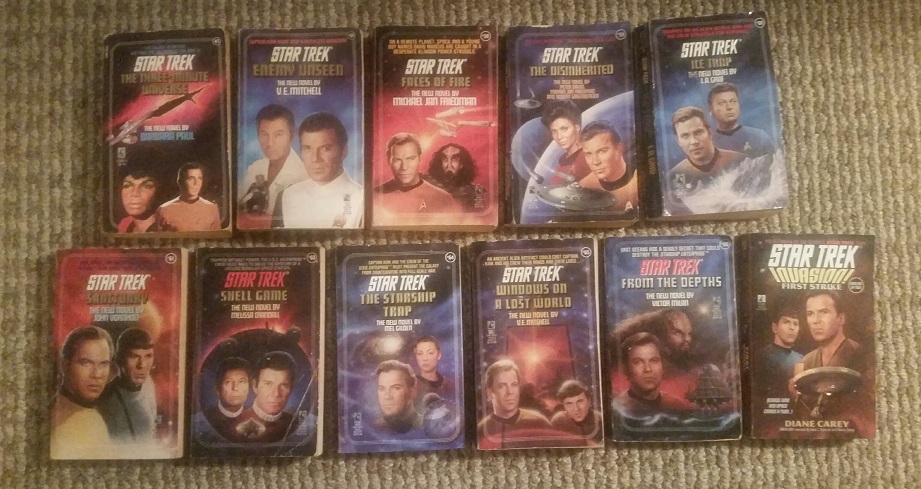 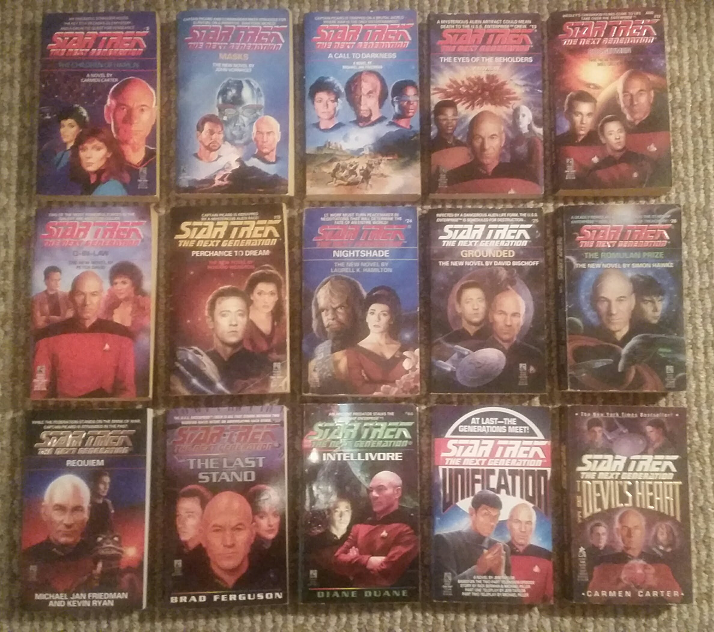 We’re still in the thick of TOS at the moment, but Next Generation is just around the bend. Review time for a select few of these, like The Three-Minute Universe and The Children of Hamlin, will come up before the end of the year, so it’s good to have them on hand now. Most of the ones seen here will have their time the year after that, and the rest probably a year or two on from there.

The box also held a handful of hardbacks. I’ll probably pick them up in paperback form as well at some point to maintain consistency in shelving, but I’ll hang onto these as well. I’m especially excited about Dark Mirror. Diane Duane plus Next Generation plus Mirror Universe? How is that not a 5-out-of-5 right off the bat? 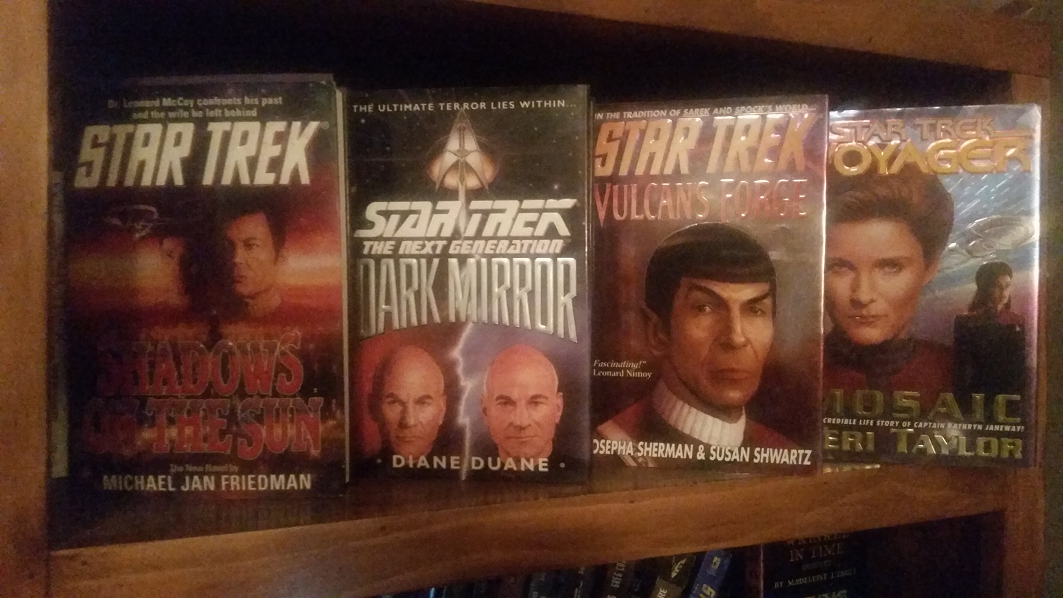 And last but not least, a small assortment of non-TOS/TNG books. 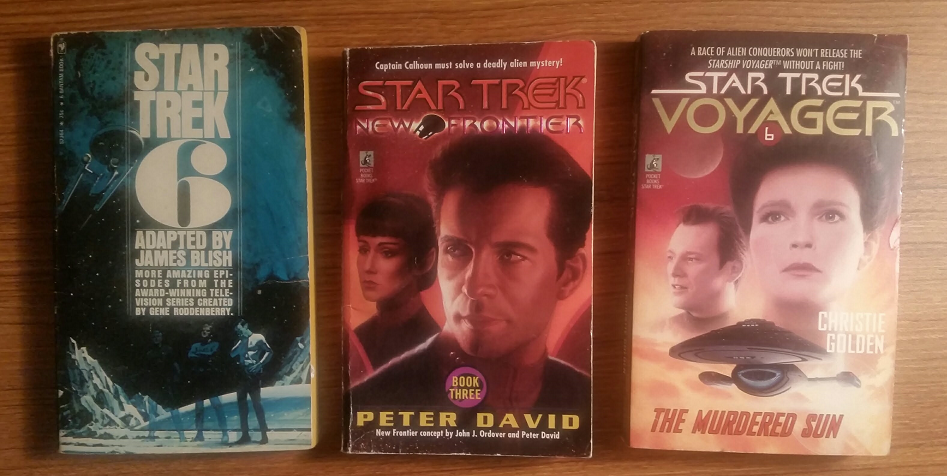 I’ll probably take a look at the James Blish book offsite if I get some spare time. It’s not the sort of thing I would have bought on my own since it doesn’t fall under the purview of the project, but it’s cool to have received it. And New Frontier and Voyager aren’t for a while yet, but it’s never too soon to start acquiring.

So as I said at the beginning, the site has been going for about six months now. It’s very much a labor of love, and luckily, I can afford for it to be: Star Trek novels are super-cheap to pick up, even in bulk, and I’m not counting on the site to replace my day job any time soon, or ever really.

But that doesn’t mean I wouldn’t appreciate some help! Even with Jeff’s generous donation, I still only have maybe 10 percent of the total output of Pocket Books Star Trek novels. They’ve been pumping these things out for a long time, and if my list is accurate, there are over six hundred of them and counting.

I don’t believe the site is popular enough to merit a Patreon (yet), but I will put up a big old button you can click on right here that links directly to my PayPal:

Even just $5 can get a book or two—maybe even three, depending on where I find them. Maybe if a bunch of people each give me $5, I can get caught up on a few months’ worth of books, or put it toward site costs, or—dare I dream?—buy myself a sandwich.

Deep Space Spines is already great, but it can be even greater. Donate today and I can show you!